Poor and Homeless, Then and Now a Crime

Henry Gunning’s entertaining Reminiscences of the University, Town and County of Cambridge from the year 1780 was published in 1854, the year he died. He had been one of the Esquire Bedells (ceremonial officers) of Cambridge University and an official of the university for over 65 years. In the book, he talks about his passion for shooting, describing how ‘in going over the land now occupied by Downing Terrace, you generally got five or six shots at snipes’, and how he would make his way to Trumpington apparently shooting at every bird in sight!

In 1851 he was living at  1 Emmanuel Road. Originally called Miller’s Lane, Emmanuel Road was developed in the 1820s. By 1850 it contained the homes of town councillors, property owners and college servants.

Halfway down the road, No.7, on the corner with Victoria Street, was the Police Station. This was the home of William Juggard, the superintendent; his wife, Ann; two children, Mary Ann and Alfred; and their servant, Lydia Bowman, who was 14. Surprisingly, the census also gives us the names of eight prisoners listed as occupants alongside the family, as well as two small children who belonged to women in the gaol. Five of the prisoners were women aged between 21 and 32.

The Cambridge Chronicle edition of 5 April 1851 reveals why they were under lock and key, as the prisoners had appeared before magistrates on the Monday.

Joshua Brook, 33, was charged with vagrancy (essentially homelessness), but was released on the promise that he leave town. Two of the women, Charlotte Mist, 32, and Frances Burford, 22, with a 7-month-old child, Emma, were also charged with vagrancy. PC Thompson had found them sitting on a step in East Road at midnight on Saturday. Rather than promise to leave Cambridge, the women retorted that they had come up from London for a stroll, ‘intending to have a spree’ for pleasure, and would not leave until the magistrates gave them something. The magistrates gave them seven days imprisonment!

Two other women, Mary Rust, 21, with five-month-old James, and Eliza Cooper, 22, had been involved in beating up a policeman, PC Yardley. He had gone to arrest Mary’s partner, Johnson, after he had seen him breaking into houses in Gas Lane. The constable apprehended Johnson, but the women, ‘in language not of the most refined’, persuaded Johnson to resist. The constable was struck and kicked; Johnson escaped. Both women were sentenced to seven days’ hard labour.

The fifth woman, Ann Poole, 22, was also charged with vagrancy. She had been begging in Cambridge for 14 days and so was sent to gaol for a matching 14 days.

The other men were William Marfleet, 51, and Saunders Johnson, 22. William, of East Road, had just spent three months in gaol for threatening his wife with a knife, the second time he had committed such an offence. The magistrates sent him down for another three months. Saunders Johnson had assaulted a man with a wagon whip. The magistrates gave him the choice of a 10-shilling fine or 14 days imprisonment.

The Vagrancy Law was introduced in the UK in 1824 to deal with the large number of poor and homeless soldiers in cities following the Napoleonic Wars. It made begging or sleeping in a public place an arrestable offence punishable with up to one month’s hard labour. Parts of the law are still in force today in England and Wales. 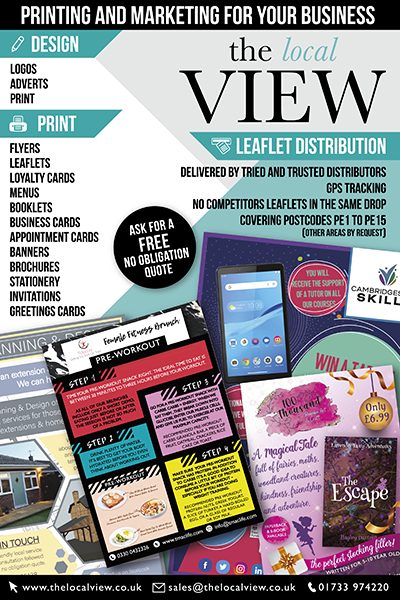